Home » Blog » How to Use SMART Goals
6 shares 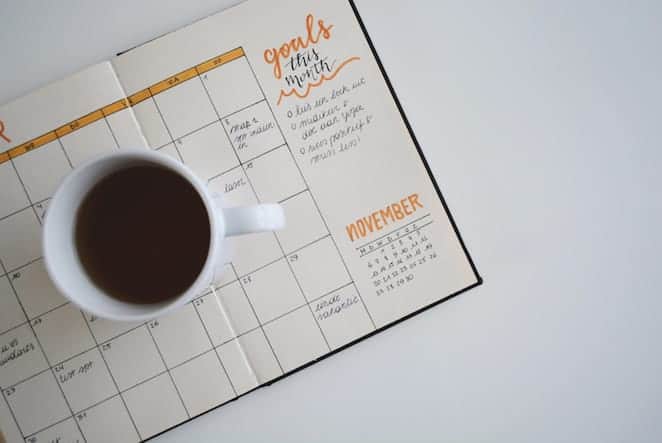 With each New Year comes the question of “What’s your New Year’s Resolution?”

This is the time of year where we reflect on growth and self progression and see how we can better ourselves to usher in the new year. Among the most popular, resolutions involve dieting, getting fit, and/or losing weight. Any of us that has spent time in a gym will notice the spike in memberships during the first few months of the year.

Other popular resolutions including drinking less, quitting smoking, travel more, go back to school, or save money, just to name a few. These goals are often attacked with such fervor only to fade away in a month or so.

A study by U.S. News & World Report stated that nearly 80% of these resolutions will fail by February.

Implementing SMART goals could be what separates you from that 80% and leads to your success. How can you improve the common resolution? “ I want to lose weight?” By being SMART…

Now you are in a better place to start because you are focused and have a specific destination.

How can your measure and see your progression if you have nothing to quantify?

Measurable goes hand in hand with specific because measurable shows each step you have taken and reveals progress towards your specific goal. Each pound of weight that you lose can be measured and seen as a step in the direction of your resolution.

Is your goal even possible? Some people set lofty goals that are frankly not attainable.

In keeping with the weight loss goal, if some stated they wanted to lose 20 pounds in two weeks, then they would inevitably fail. This goal is not safe or possible.

What is and isn’t attainable will often come down to the person’s education on the subject, but goals that are attainable are more easily procured.

Attainable will also be matched closely with timely when we get there!

Does your goal mesh with your long term goals and interests? If so, then the likelihood of you staying motivated will be strong. This is often tied to a deeper reasoning behind your resolution -not only that you want to lose weight, but the why behind it.

Sometimes we jump to the goal of getting healthier because it is a rather vague sentiment, when our concise goal might not quite be the same.

This is why a specific and measured goal that is attainable is very important if we want to have a chance at achieving it.

This is a big one, especially for goals that are tied to weight loss and fitness. If you don’t give yourself a time frame, it is very common to only meander about until you gives up.

If you want to lose weight than a time frame is paramount because losing weight takes time. Losing weight properly and to ensure long term success takes a realistic time frame.

A realistic time frame with often be the benchmark of how attainable a weight loss goal will be.

Effective SMART goals would be similar to this:

“I want to lose 20 pounds in 3 months by lifting weights 3 times a week and jogging for 20 minutes twice a week.”

It is very clear, concise, attainable, and the timeframe forces you to establish a schedule to train off of.

Don’t only focus on the end result. Working on ourselves is a process and takes time and effort. Respect the process and develop a clear plan of action. Not only do we need to have a goal, but a clearly developed path. Start small – every step is a success and achievement.

Too much change in not enough time for an unrealistic goal is a recipe for failure. Institute a SMART goal not just for your resolution, but for every goal you have for the future!

Ready to dive into your goal setting and achievement? Check out our series on goal setting here: Goal Setting 101, 201, and 301!

Self Care Is Not Selfish, It’s Survival
Next Post: Goal Setting 101: Start With Why