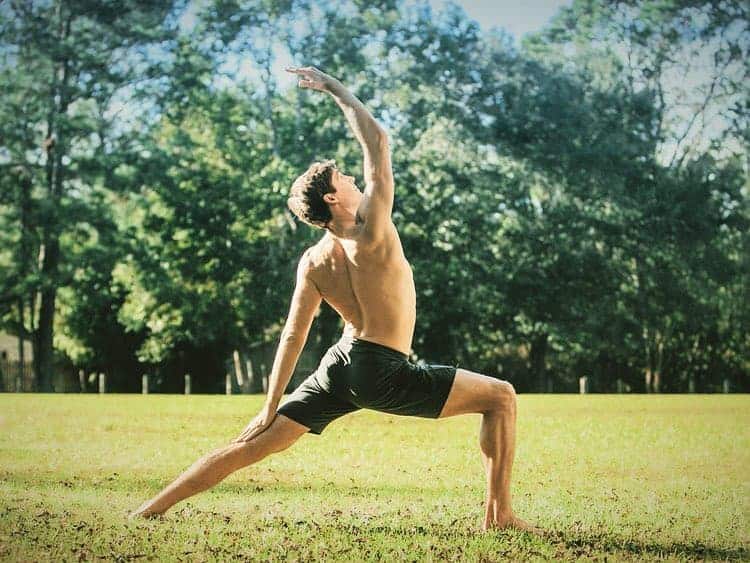 I’ve heard it before and still hear it all of the time from potential practitioners that they “aren’t yoga people.”   Upon asking them what that means, I get a few different answers that follow the same threads:

In this article we’ll examine each of these common misconceptions about yoga and highlight the benefits it has for people of all needs and interests.

“I’m Not Bendy”: The Flexibility Factor

I’ve asked people in classes why they came to their yoga practice that day and almost everyone said it was to improve their flexibility in conjunction with relieving stress.  Two things of which you’ll learn are interrelated. It’s what brings many people into yoga studios in the western world. It’s also what keeps many people from joining in a regular practice because the challenges to range of motion for new practitioners can be discouraging enough to keep them from wanting to explore their edges.  If they dare try, then they’re often thrown into a room of others with varying levels of flexibility and they can’t help but to compare their performances with everyone else.

Instructors often perform along with the class and demonstrate high levels of skill in body control that can look similar to a circus.  It’s not intended to be discouraging. Just like with any practice you want to learn from people who are seasoned and experienced in what they do, but you also want to learn from someone who can cycle back through the stages of development in order to meet you at your level.  All of it is meant to be inspiring and demonstrate the ease at which the postures can be held. It’s not about effort, it’s about grace and grace has little to do with how much you can bend your body.

Grace has to do with how in tune you are with your body’s movements.  The more connected you are with them the greater control you have over them.  When you have greater control of your body you have less fear in taking it into new ranges and as a result your flexibility improves, both physically and mentally.  The the argument that you have to be flexible in order to do yoga I’d say “Yes, you do have to be able to bend the beliefs about what you can do.” and “No, this doesn’t mean you have to be able to kiss your own ass.”

“It’s Boring:” The Challenge of Stillness

Others have pointed out how “boring” yoga can be when it comes to gentle restorative practices and meditation.  For some folks yoga almost has this air of an recreational activity offered to seniors at the public library. I’m not saying I agree with that feeling but I get where it comes from.  The funny thing is you can probably learn more about yourself from practicing seated yoga with a group of 90 year olds than you can can sitting on a spinning bike in a dark room made to look like a nightclub.  You learn how to both be patient and aware. Through the awareness a normally dull experience can turn into an enlivening one.

It’s hard to be aware of things, especially yourself when you’re faced with all sorts of distractions.  As the awareness decreases and the distractions increase you quickly become more anxious. This can become the primary way of being for many people and the challenge of cycling back to a more restorative state is a great one.  As human beings, with varying needs and abilities, we should be able to cycle back and forth from these states voluntarily. We should be able to rest into our boredom with as much vigor as we have when we jump into what makes us excited.

All forms of yoga have the potential to challenge you.  Perhaps the greatest challenge of it is learning to be present with yourself as you are right now.  It’s really up to you how much you want to embrace that challenge. For me it’s been a life changer and has improved my ability to be present in other things such as my workouts and professional career.

“Everyone Is Better Than Me:” The Yogi Elite

There’s nothing that’ll make me a better person because I’m currently the best version of myself, with all of my faults and failures.  If I can be honest with how I am in the moment then this may bring me closer to the idea of a best self. The idea that we need to be something other than what we are by how we live, what we wear, what we eat, and what we believe has no place in a practice intended for personal development.  Yes, we do want to challenge our minds and bodies by examining our thoughts and values. This shouldn’t be the result of having to compare our lives with other people’s’ lives. Everyone is unique in their experiences, histories, and genetics. No two people are the same, not even identical twins.  Practices like yoga recognize those differences and do not attempt to fit everyone into one specific mold of a person. If it does, then your trying to fit yourself into a box of tradition, not the space of yoga.

Even the spiritual component which is often highlighted in many yoga programs can be a deterrent for folks.

It’s a reality that, as a yoga instructor, I must acknowledge and respect the fact that  yoga has roots in eastern religious traditions which are may cause alarm in people of other religious traditions.  I still hear of yoga programs being turned away due to potential conflicting values when they’re proposed at religious centers.  It’s not that they’re wrong to shy away from yoga. It’s that we haven’t done a good enough of a job to relate yoga to everyone and shed it of its gurus.  Gurus are great, don’t get me wrong. We all need teachers but they all don’t have to be on a physical pedestal. We can put whoever we want on a pedestal. Our friends, our spouses, our neighbors, and even complete strangers.  When we do that we give them an ear and open ourselves up to learn from them.

That said, the gurus of yoga are often seen as competition for other religious teachers and this can create a lot of friction.  The potential for conflict seems best to be avoided entirely. Everyone’s religious and spiritual values shouldn’t simply be tolerated.  They should be respected and valued as different ways of understanding the same experiences we’re having as human beings. You don’t have to drink the Kool-Aid in order to practice yoga, though I’d highly recommend the Watermelon Rush Flavor.  As long as you can take a holistic view of what the practice does for your health, then you needn’t worry about having an existential crises.

Come Together: The Meaning of Yoga

The word yoga roughly means to yoke or unite.  It is a union of mind, body, and spirit; a harmony between the external and internal selves; the cycling of yin and yang; it’s however you want to understand it.  What we’re trying to do with a yoga practice is see ourselves holistically. We’re not just bodies, spirits, or quarks. We’re a series of connected events which, when viewed together, displays one big beautiful picture.

Yoga is not just about stretching, about meditating, about spiritualizing, or about eating a certain way.   Yoga’s about how you’re connecting all of your practices, beliefs, and values to your physical self. It’s simply the practice of living mindfully.  Next time you find yourself in a challenging position, whether it’s in performing a posture or making a decision to attend a yoga class, ask yourself what’re you feeling in your body.  What are you not feeling? Chances are you’re missing out on something and there’s only one way to find out.

What is “The Open” in CrossFit?
Next Post: Recipe: Peanut Butter Chocolate Chip Energy Balls