Home » Blog » A Strong Grip: Why We’re Losing It, and Why It Matters
0 shares 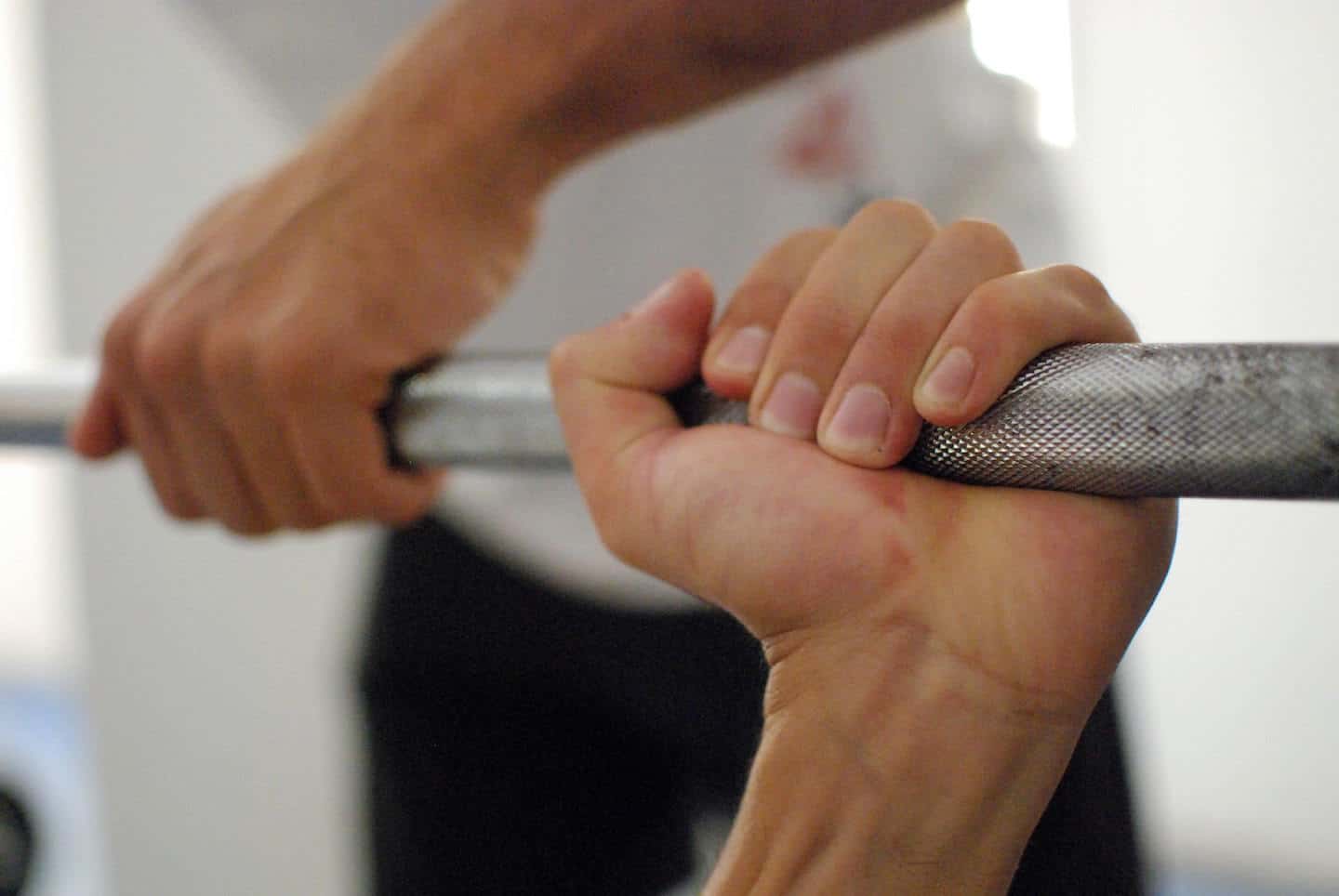 If you look back in human history, we didn’t always live the way we do now – staring at computer screens, phones, driving in the car, and getting weekly ‘Screen Time Reports’ whether we asked for them or not.

In fact, in the big picture of things, these are recent short-term changes. Just 50 years ago, none of the technology that exists now was in place. I still remember 25 years ago when I had to dial the internet over the house’s only existing phone line, rendering it useless to anyone who actually wanted to make a call.

So what happened? And how do we improve grip strength?

A short history of grip strength

Looking back at evolution, the human hand has become an almost perfect gripping machine. That long opposable thumb is the thing that allows us to grip things strongly.

We also have Papillary ridges: the tougher, thicker parts of the skin, found on the human heel, but also on the human palm. They exist on principal areas of gripping and weight bearing, where they could easily be compared to the treads on an automobile tire.

Strong hands helped keep us in the trees—in other words, alive.  We came down, but then our hands adapted to new uses, the sorts of things that made us human.

How we use our hands

As the evolutionary biologist Mary Marzke argues, our hands today were literally shaped around millions of years of using and making tools. Before technology came along, a lot of what humans engaged in was manual work.

Anyone that’s had a baby grip their finger knows that babies’ grip strength is incredibly strong. An experiment by Louis Robinson, a surgeon at a children’s hospital in England, in the late 19th century, tested some 60 infants—many within an hour of birth—by having them hang from a suspended “walking stick.”

With only two exceptions, according to one report, the infants were able to hang on, sustaining “the weight of their body for at least ten seconds.” Many could do it for upward of a minute.

Gripping, then, is a deep part of our biology and evolution as a species. It’s also part of a long story in which we have been getting weaker for millions of years, largely because of a decline in physical activity. So how do we improve grip strength?

As we evolve, and as we grow older, we encounter less and less manual labor, and thus gripping, whether it be a cart to push our groceries in or a battery powered screwdriver that we simply have to hold still to allow it to do all the work for us.

As a society, we’re no longer doing agricultural or manufacturing work. We don’t carry buckets of water, we don’t manually turn tools. We don’t swing from trees.

In 2014, just 29% of U.S. adults ages 18 to 44 regularly engaged in strength-building exercises, such as weight lifting, push-ups and pull-ups, according to the Centers for Disease Control and Prevention.

Unless the coming generations start working on improving grip strength in their hands and overall strength elsewhere, they will likely enter old age with too little in reserve. This makes everyday tasks, such as carrying grocery bags and lifting cooking pots, more difficult.

A weak grip can also affect jobs where it’s extremely important to have adequate grip strength, such as firefighting, police work and some manufacturing jobs. And sports from rock-climbing to tennis to golf require a strong grip.

How to improve grip strength

Taking the stairs is more difficult than the elevator, but it will make you stronger. Carrying your groceries to the car, using a manual screwdriver, and other daily activities that require gripping will improve your overall grip strength.

Additionally, functional fitness emphasizes all things…well, functional – including grip strength. From pull ups to deadlifts to farmer’s carries, you’ll see it in many movements over and over.

And you’ll see it translate to life. It will help you open those jars, turn a wrench, and carry the groceries. Your grip strength matters – and can be improved – with practice.

How To Do A Proper Plank
Next Post: CrossFit Workouts: Why Your Ego Is Holding You Back